The Connection Between Photophobia and Migraine – Axon Optics Skip to content

Most people who have suffered the excruciating and persistent pain of migraines have noticed an increased sensitivity to light, often to the point where going into a dark room is the only way to alleviate the pain. That painful sensitivity may be more than a symptom — the light may be somewhat to blame for the migraine in the first place. There have been numerous studies connecting photophobia and migraine, helping doctors and researchers find better ways to prevent and relieve this debilitating condition.

Despite the name, photophobia is not a fear of the light. Instead, it’s an extreme intolerance toward light, where any light, whatever the source, can nausea or headaches.

Photophobia can be the result of certain brain injuries, various ophthalmologic diseases, cataracts, or migraines. Anything that causes too much light to enter the eye, like a damaged cornea or the lack of pigmentation that comes with albinism, can trigger photophobia. An overstimulated retina or optic nerve may also cause an aversion to light. Even excessive sensitivity in one’s central nervous system can contribute to photophobia.

So, what does all this have to do with migraines? Well, according to some research done in Boston, perhaps a great deal. No one really knows what causes migraines, but they are suspected to be caused when the meninges, the membranes surrounding the brain and 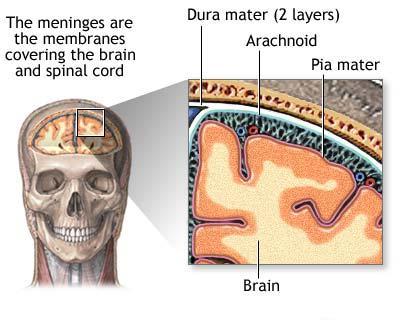 central nervous system, become irritated. This causes pain receptors to react to the irritation, which is why migraines also cause pain the scalp and neck muscles.

Migraines have long been associated with sensitivity to light, but the researchers found something unexpected: even blind migraine sufferers experienced photophobia. They hypothesized that signals traveling from the retina to the optic nerve were causing the pain receptors to fire, triggering the headache.

A study of two groups of blind people who suffered migraines was conducted. One group was completely blind, unable to see or sense light. The second group was legally blind, but able to sense light. [intense_highlight]While the first group showed no increase in their headache from the light, people in the second group experienced heightened pain when exposed to light, especially blue or gray light. [/intense_highlight] This suggested that photophobia was transmitted through the optic nerve which carries light signals to the brain.

Just as photophobia can be triggered by intense light, so can migraines, which intensify photophobia and pain in a vicious cycle. What’s worse is that even after the light is taken away, the neurons that activate and cause migraine pain remain active for up to half an hour of darkness. Naturally, the best course is to try to avoid getting a migraine in the first place if at all possible.

Since light can cause pain and trigger migraines, it might seem like triggering migraines is impossible to avoid, unless one wears sunglasses at all times, even at night and indoors – but wearing sunglasses inside is a bad idea. Fortunately, another solution has been found. Studies have been performed on the ways special precision tinted eyewear can help mitigate and even sometimes prevent migraine headaches triggered by light.

Since certain wavelengths of light intensify light sensitivity, it takes special lenses to block those wavelengths that cause pain. The remedy for photophobia and migraine caused by light is an innovative rose-colored tint known as FL-41, which blocks wavelengths of blue-green light, a color specifically known to trigger and exacerbate migraine pain.

While first developed to help those with sensitivity to fluorescent lighting, studies showed people who wore lenses tinted with FL-41 experienced far fewer headaches per month after wearing the lenses on a regular basis. As it turned out, the tint affected more than just photophobia, but blepherospasm (involuntary tight closure of the eyelids) and migraines, as well.

Axon has developed its own proprietary Spectrashield FL-41 and a vast majority of patients using it report that their symptoms of light sensitivity, including headaches, had been reduced. For some, wearing these specially colored lenses has literally been a life-changing event, allowing them to enjoy activities they had to abandon due to migraine attacks.

It may seem like too simple a solution, but thousands of people have greatly enhanced their lives just by wearing the right lenses. If you suffer from photophobia, light sensitivity, or migraines, glasses tinted with Spectrashield FL-41 may be the solution.

Just remember, not all FL-41 tints are the same. However, doctors and researchers at Axon Optics have been studying how light affects migraine patients for years to develop products such as Spectrashield that can help provide relief from migraine pain. They are effectively bridging the gap between photophobia and migraine to make the world a less painful place for migraineurs and others who are sensitive to light.

Emily Hunter has been writing about health topics for many years, and currently writes on behalf of the LASIK eye surgeons at Eyecare 20/20. In her spare time, she cheers for Carolina Crown, formulates her own sodas, and crushes tower defense games. Follow her on Twitter at @Emily2Zen